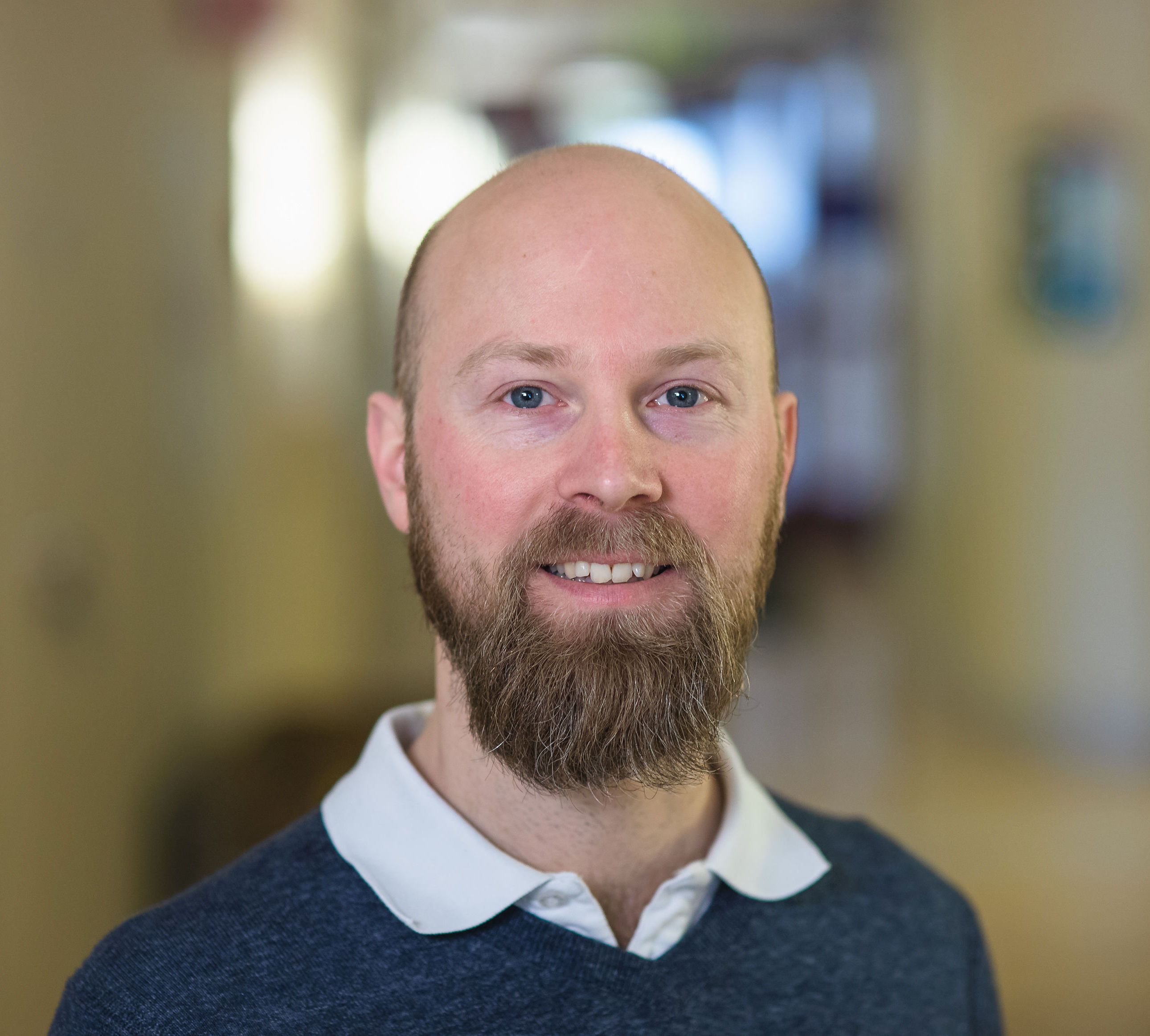 of Munich/ Germany before getting his PhD from University of Tuebingen/Germany. During his thesis in the group of Jan Wehkamp he investigated the role of environmental factors on the activity of intestinal antimicrobial peptides. A major finding of the thesis was that redox modulation affects the activity of human beta-defensin 1.
For a post-doctoral stay abroad Björn joined the lab of Fredrik Bäckhed at Gothenburg University/ Sweden, where he investigated the role of gut microbiota on intestinal mucosal defence during metabolic diseases. During this time a collaboration with the group of Gunnar C. Hansson led to the exciting finding that a Western-style diet causes microbiota-mediated deterioration of the colonic mucus layer and that these defects can be prevented by probiotic and prebiotic interventions.
In 2019 Björn was recruited as a MIMS group leader to Umeå University/ Sweden.

Supapit, or Fai, how she is called, received her Bachelor degree in Biology

and PhD in Biochemistry form Mahidol University, Thailand. During her PhD thesis, Fai joined the group of Joy Scaria at the Department of Veterinary and Biomedical, South Dakota State University, USA to study gut microbiota of chicken. She learned how to isolate, identify, and characterize the gut bacteria to formulate potential bacterial communities for pathogen control and animal health improvement.
After her PhD, Fai worked as a research assistant at Mahidol University, Thailand to investigate the effects of bacteriophages on C. difficile. biofilm formation and to evaluate active peptides from porcine placenta against growth of bacterial pathogens. Fai joined the team in June 2021 as a Post-doctoral fellow.

Dhirendra obtained his Master in Biotechnology from Cochin University 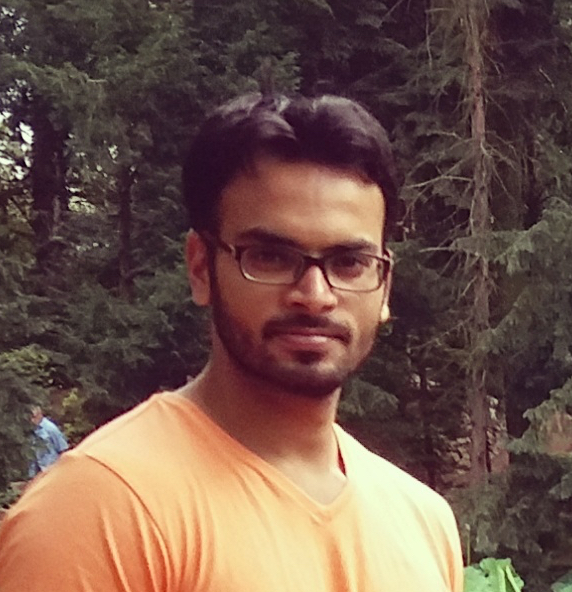 of Science and Technology, Cochin, Kerala, India. Subsequently he joined Amity University, Noida, as a junior research fellow. In 2015, after getting selected in Stipendium Hungaricum fellowship, he joined Attila Gacser’s laboratory in the Department of Microbiology at University of Szeged, Szeged, Hungary to pursue his PhD. During his PhD thesis he investigated the roles of secreted aspartyl proteases in Candida parapsilosis and worked in close collaboration with Mihály Józsi, Eötvös Loránd University, Budapest, Hungary and with Eva Pericolini at University of Modena and Reggio Emilia, Modena, Italy. Dhirendra joined the laboratory in January 2020 as a Post-doctoral fellow.

Fabiola obtained her Bachelor degree in

Pharmaceutical Sciences from Universidad de las Americas in Puebla/ Mexico. During her International Masters in Innovative Medicine at the Universities of Uppsala/ Sweden and Groningen/Netherlands Fabiola joined the group of Dan Andersson to study antimicrobial resistance of E.coli and the group of John Rossen for a research project on the virulence of Aspergillus fumigatus.
After performing her Master thesis at Karolinska Institutet/ Sweden in the group of Lars Engstrand, where she investigated the role of Lactobacilli in Helicobacter pylori infection, Fabiola joined the team in October 2019 as a project assistant and became PhD student in April 2020.

Sandra obtained her Master’s in

Biomedicine from Umeå University in Sweden. During her studies, she joined Constantin Urban’s research group and investigated the effects of fungal infections on the immune system as part of a project and summer scholarship.
Upon the completion of her studies, Sandra continued with her role in Professor Urban’s group where she collaborated with the company Umeå Biotech Incubator to research antifungal treatments for Candida albicans infections. This was followed in 2016 by a period of employment with the biopharmaceutical company Omnio AB. Here she studied the plasminogen system to improve healing in chronic wounds.
Before joining our group in May 2021 Sandra worked with Ulrich von Pawel-Rammingen looking into the ability of Streptococcus proteases to cleave immunoglobins. During her Ph.D., she will investigate the interaction between probiotics and mucus function.

in Biological Sciences at the University of Leicester (UK). Following this, she joined the Oxford Centre for Microbiome Studies at the Kennedy Institute of Rheumatology, University of Oxford (UK) working as a Lab Technician. In this role she was involved in various projects relating to the microbiome and became proficient in extraction of bacterial DNA from stool and saliva samples to be used for 16S analysis. During this time Rachel developed a keen interest in the impact of nutrition and the environment on the human microbiome.
Alongside her Lab Technician duties, she also completed a project which aimed to investigate the interaction between C. rodentium and D. alaskensis in the context of colitis.
Rachel joined the team in July 2021 as a Project Assistant. 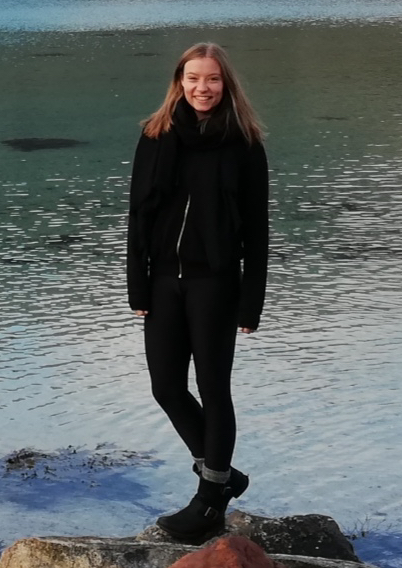 Master’s degree in biology with the focus on Molecular Biology and Biotechnology in Germany. During her studies she joined the Beiersdorf AG as a working student to research on the skin microbiome. In 2019/2020 Chantal was already an exchange student in Umeå and started her studies in Biomedicine.
Now she is back up north for her Master thesis, where she is working on the interactions between probiotic bacteria and the intestinal mucus barrier, to improve her understanding of the gut microbiome in addition to the skin microbiome.

Karin obtained a vocational degree in Food Technology and in Sales. 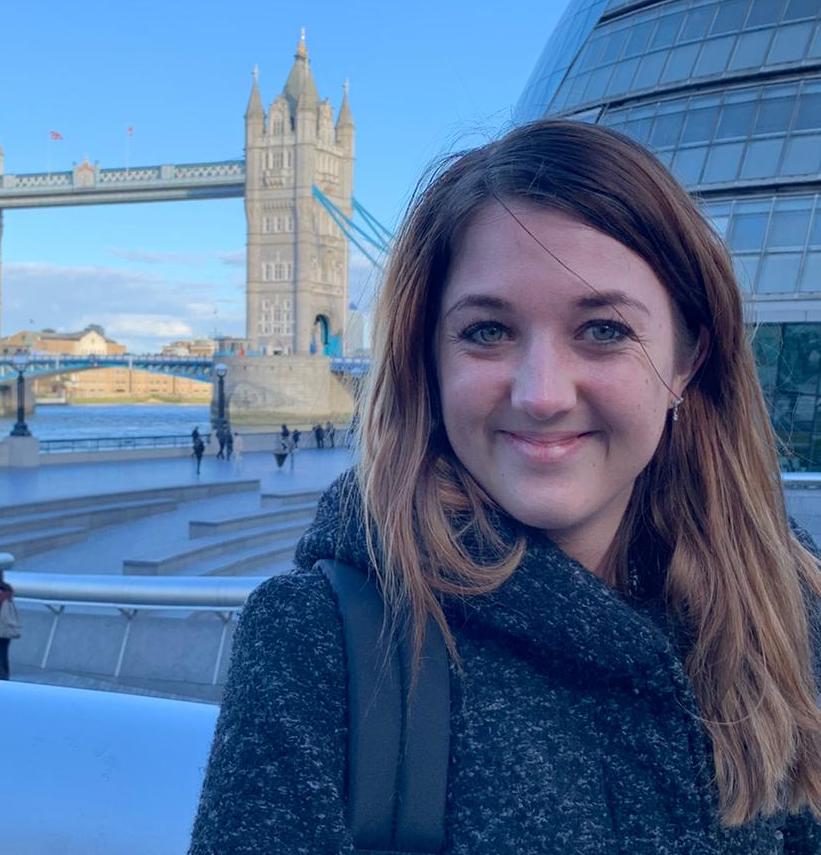 During the food technology program, she did a 6 months internship as a QC/QA in a spice factory in Steenwijk, The Netherland, where she helped to start up the lab. After that, Karin became more interested in the biology part of the program when compared to the production of food, so she decided to join the Bachelor program in Biology and Medical Laboratory Research, with a major in Medical Diagnostics at the Hanze University of Applied Sciences, Groningen, The Netherlands.
For her last year of the program, Karin is now doing a 10-month internship here in Umeå and focusses on the interaction between different human antimicrobial peptides and the gut microbiota.

Liv is currently studying Biomedicine for her Bachelor’s

degree at Umeå University/ Sweden and joined the team in June 2020 as a Forskaraspirant at the Medical Faculty. During the next three summers of her research scholarship she will study the Bacteroidetes phylum in the gut microbiota in relation to heath in the human body.
Liv’s main interest is the individual variation in the gut microbiota depending on different environmental factors, including different diets.

Curiosity about the link between health and diet brought Elin

to start studying medicine at Umeå University in the spring of 2019. She joined the group in June 2020 as part of the university’s Forskaraspiranterna project for undergraduate students and will actively participate in the upcomig summers.
Elin is interested in learning more about how the gut microbiota influences our wellbeing and how these findings can be used in a clinical setting in the future.

Lotte obtained her Bachelor degree in Health and Life Sciences

from the VU University in Amsterdam/Netherlands. During her Bachelor she joined the research group of Kees Hovingh, where she explored plasma lipid regulation, in diagnosed hypercholesterolemia patients. Afterwards, she continued with her Masters in Cardiovascular Research also at the VU University. Her rising interest for metabolism resulted in a minor thesis about the role of perivascular adipose tissue in vascular health, which was performed within the group of Ed Eringa. To complete her Master Degree, Lotte joined the team in January 2020 for 6 months as a Master thesis student.

from UDLAP (Puebla, MX). She was awarded a Mitacs scholarship and joined the group of Eric Asselin to study cellular regulation in gynecological cancers (Trois-Rivières, QC). Moreover, she evaluated the cytotoxicity of core-shell nanoparticles in different cancer cell lines for her Bachelor’s thesis. Afterwards, she was awarded with a CONACYT scholarship for a MSc in Biomedical Sciences at the University of Groningen. She joined the group of Floris Foijer in ERIBA and focused on chromosomal instability. Nonetheless, Astrid became passionate about the influence of gut microbiota in human health, and she joined the team in January 2021 for a 6 month internship. 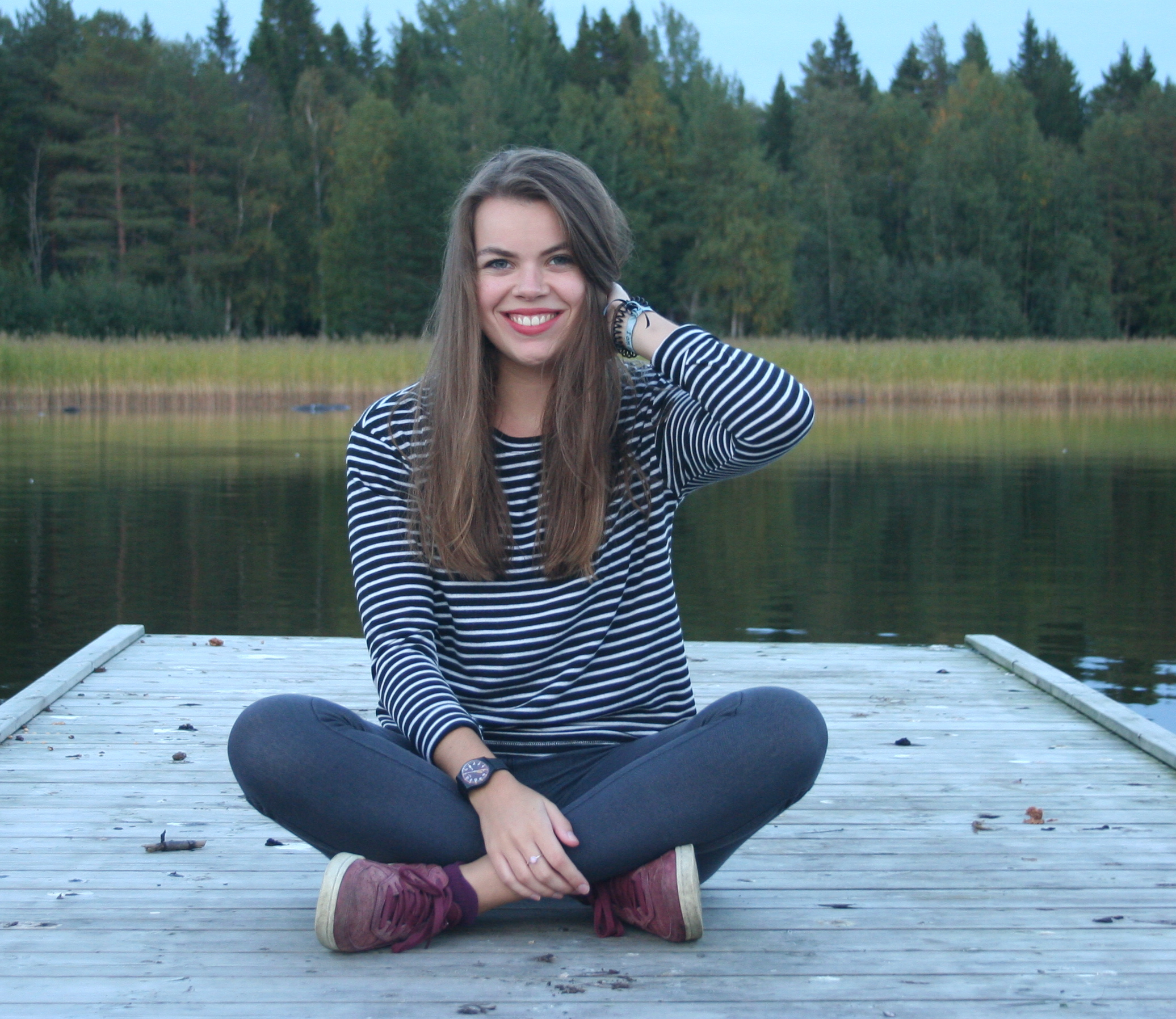 Spain. By joining the Erasmus program, she studied her final academic year in Umea University, Sweden, where she explored the activation of the immune system.
Afterwards, she continue studying abroad so she started a Master program in Molecular Biology also in Umea Univeristy. During that time, she participated in several projects offered by research groups focused on different aspects of microbiology. Therefore, to complete her Master degree, Lucía joined the team in January 2021 for 6 months as a Master thesis student.

Sophia got her Bachelor’s degree in Nutritional Science at the

University of Hohenheim/Germany where she studied the effect of lactate on the differentiation of adipocytes. After a 3-month internship at the Charité Berlin she continued with her Master program Biochemistry at the University of Tübingen/Germany. Since microbiota research combines both of her interest, namely nutrition and biochemistry, she joined the team in September 2020 for 6 month as an Master rotation student. 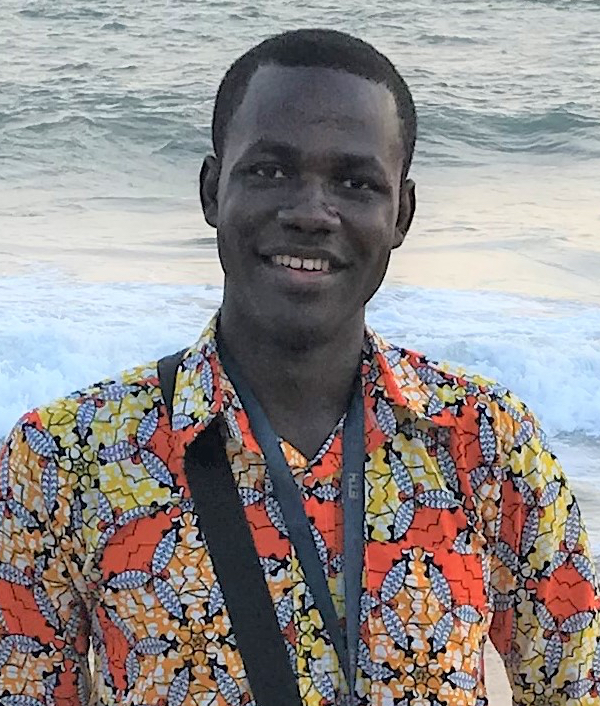 During this time, he focused on isolation and characterization of bacteriophages from food with potential for use as biocontrol agents against food pathogens (1, 2 and 3). He was awarded the prestigious Swiss Government Excellence Scholarships for Foreign Scholars in 2015 and joined the group of Prof. Christophe Lacroix at the Laboratory of Food Biotechnology, ETH-Zurich for his PhD. His PhD thesis focused on the antimicrobial compound, reuterin, produced by Lactobacillus reuteri, on single and complex microbiota (4 and 5). Paul joined the laboratory in February 2020 as a Post-doctoral researcher.

Hanna is a visiting researcher from

the University of California, Davis/USA where she has been studying the effects of milk components (e.g. milk fat globule membrane) on human metabolomics and gut microbiota during infancy as a Ph.D. candidate. With a keen interest in learning the direct effects of food-host-microbe interactions on the intestinal mucosal immunity, she joined the team with short-term support from UC Davis. As a dietitian and a self-proclaimed food connoisseur, she believes that the key to systemic health is in the gut which acts as a first-line metabolic and immune organ.